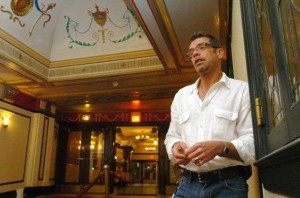 Stephen Snow has joined The Palace Theater as artistic director.

A graduate of Columbia University with a background in writing, producing and directing film and stage productions, Snow was the founder and former creative director of the Center for New Media and the Arts in Bethel, which he left in December.

Snow’s mission is to bring the arts in all disciplines, as well as arts education, to The Palace Theater on a regular basis.

“The community needs to know they can count on The Palace to be here for them,” he said. “They need to see that we are here to provide high quality, fun and exciting entertainment on a regular basis. My goal is that people get to know our schedule just as well or better than they know what’s playing at the local cineplex or when their favorite team is playing on television.”

On the schedule are:

The Palace Theater is at 165 Main St. and there is limited free parking behind the building. For tickets, call 203-794-9944 or visit http://tickets.thepalacedanbury.com.